After three years of trying to emulate film digitally, I finally resigned. I caved in and bought a Contax 645 with a Carl Zeiss 80mm lens and from now on I shoot film exclusively. I ship all my work to Richard Photo Lab and started working with them on my own personal color profile. For now, I am using José Villa’s colors. 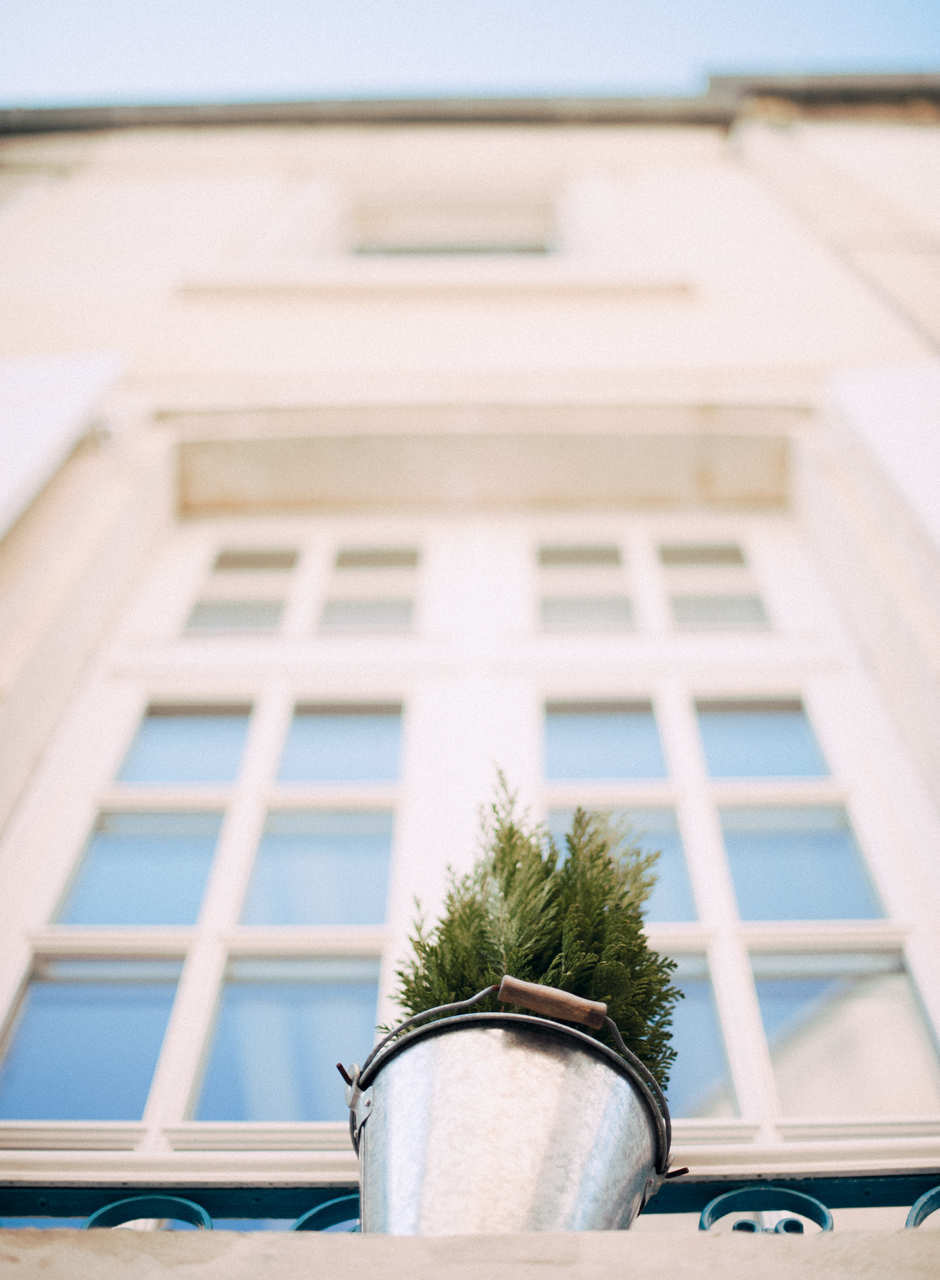 You bought it for a second – didn’t you?

Of course that’s not true. But wait a minute, two steps back… in case you don’t know José Villa, which I doubt, please go check out his incredible work first. It’s really worth it.

José Villa is one of the best and probably the most inspiring wedding photographer in the world. His excellent eye, unique style and beautiful bright pastel color palette define the term Fine Art Wedding Photography. He is also the reason why it seems half the photographers that are featured on Style Me Pretty have sold their digital gear on Ebay and switched to Contax 645 medium format film cameras. He was one of the first wedding photographers who re-discovered film and had a tremendously huge influence on the whole wedding industry and the general revival of film photography.

Photographers around the world are raving about the airy feel in José’s photographs and are trying to replicate his look for their own images and clients. José kindly shares his magic recipe in interviews, in his book and workshops.

So how does José achieve this distinct look?

I don’t want to dive too deep into his technique (if you would like to learn more you have to ask him directly, buy his book or attend one of his workshops), but the essentials are:

The non-plus ultra is good light. José Villa lives and primarily shoots in Southern California and makes extensive use of good light. Back lit subjects and warm directional light help a lot with a good picture.

Medium format relates to the 35mm format about how 35mm (full frame) relates to APS-C (crop). Film on a medium format camera gives you a wonderful latitude for exposure. The lens equals a 50mm f1.2 on a full frame camera. Shot wide open, this produces a extremely shallow depth of field. The Carl Zeiss 80mm f2.0 also has a wonderful bokeh and a great color rendition.

José usually shoots Fujifilm Pro 400H and rates his film at ISO 200. This means he overexposes by one full stop per default. He then exposes for the shadows which results in another one to two stops. In total, he overexposes by at least two full stops. If you try that with a digital camera you will very likely blow out all of your images. With film, it adds contrast and saturation and, depending on the light, colors get a brighter pastel look.

Richard Photo Lab is one of the best labs available in the US and does scanning and processing for most well-known film photographers. A good lab is essential, not only for processing and scanning but especially for color work.

Do you need these magic ingredients to achieve this look?

I love and shoot both, film and digital. And as you might know, I am very interested in replicating the look of film in digital photography (here you can find my experiments with emulating Portra 400 NC).

The above image was shot with a Nikon D700 and the Nikkor 50mm 1.4 G lens. Here is how it looks straight out of camera: 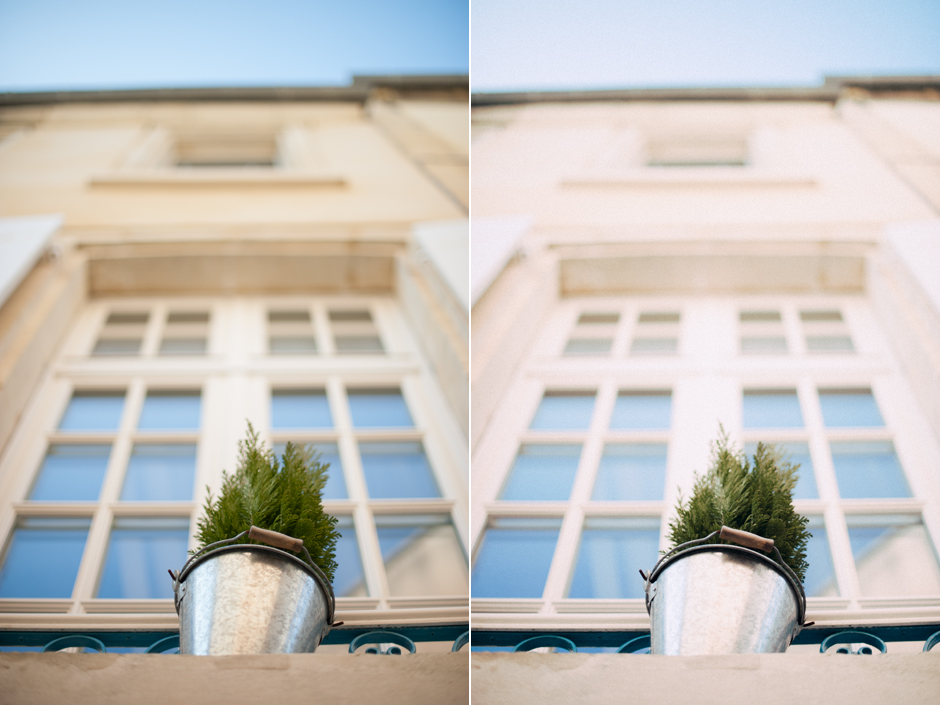 How does José’s look translate into digital photography?

First of all: Good light is essential, no matter if you are shooting film or digital. If you are into a soft dreamy look for your images, you have to shoot a fast prime lens wide open (for example a 50mm f1.2 or f1.4). You need to be very careful with your exposure. Different than film, a digital sensor is not very forgiving. If you overexpose too much, you will blow out your highlights and lose a lot of detail.

You can see in the above example that I didn’t overexpose the original image. To get this bright look with pastel colors you only push your exposure by around 1/3 to 2/3 of a stop and work with curves and levels instead. Try lifting your mid-tones and slightly clip your highlights. You also have to add a little bit of color to the highlights. You can distinctly see in José’s images that his highlights normally look light caramel or pink. Then you add back contrast and saturation for the shadows and lower mid-tones.

To make your digital images look more organic you can also add a little bit of grain. It shouldn’t be too obvious, only enough to get some texture into the picture. You can also crop your pictures to the aspect ration of 6×4,5 (like I did with my first picture above to show off my imaginary Contax) but that would mean you lose information as that’s not the native ratio of most digital cameras.

Here are a couple of more examples: 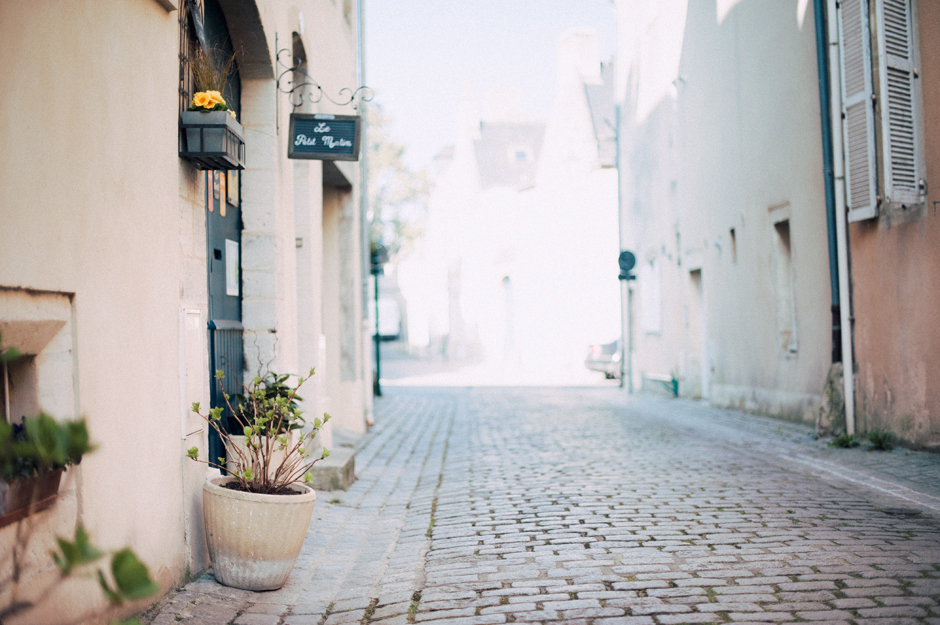 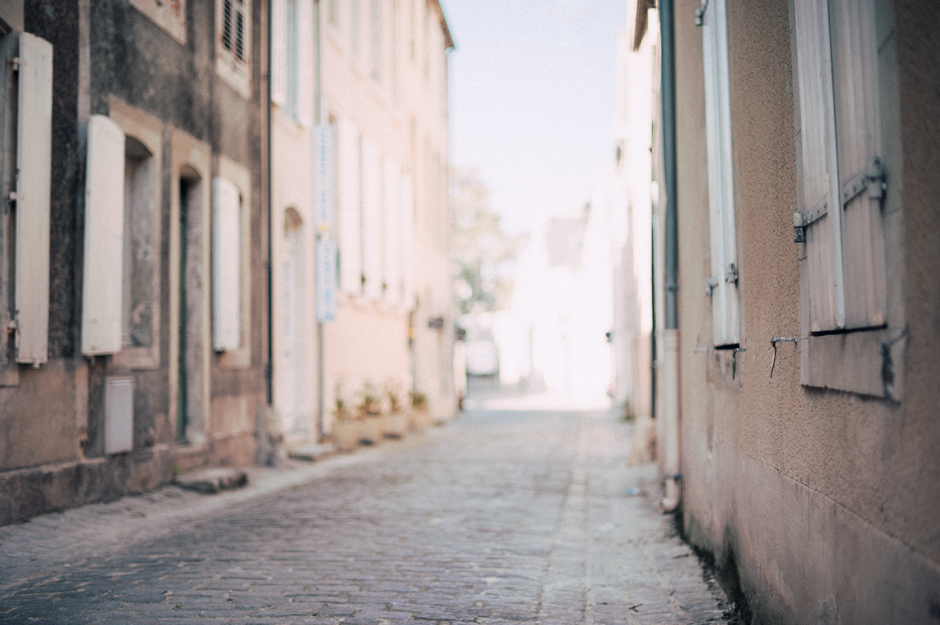 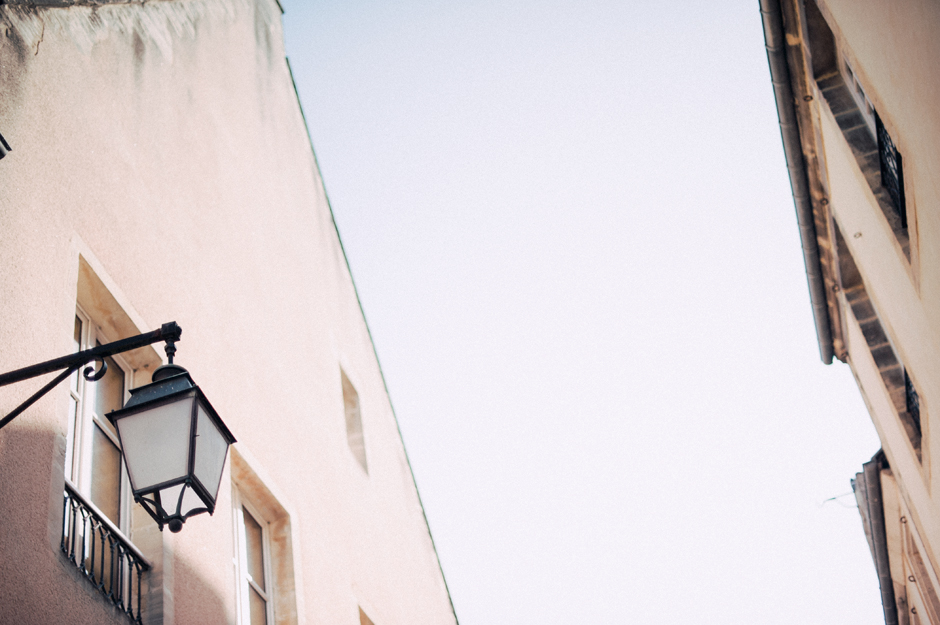 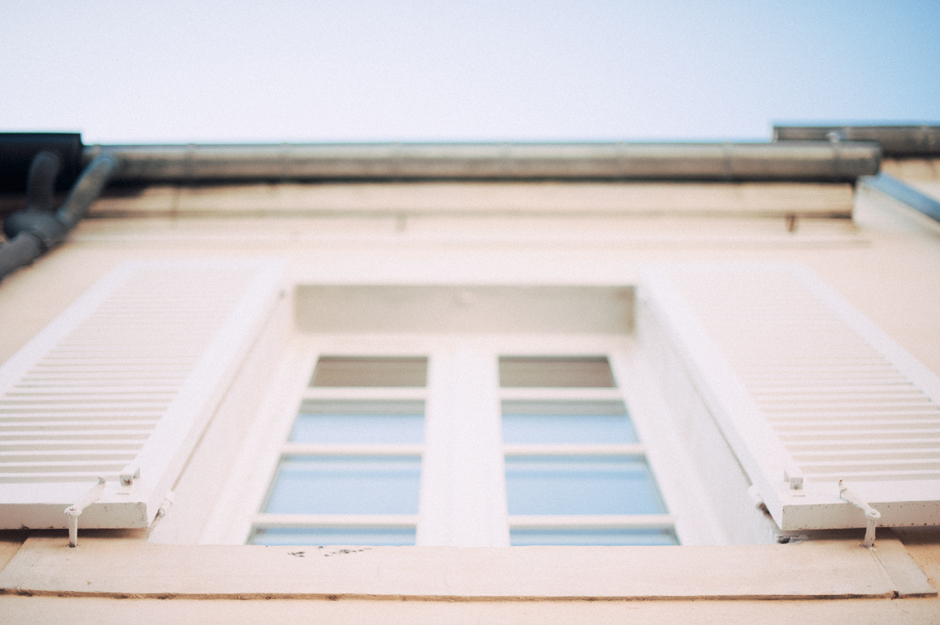 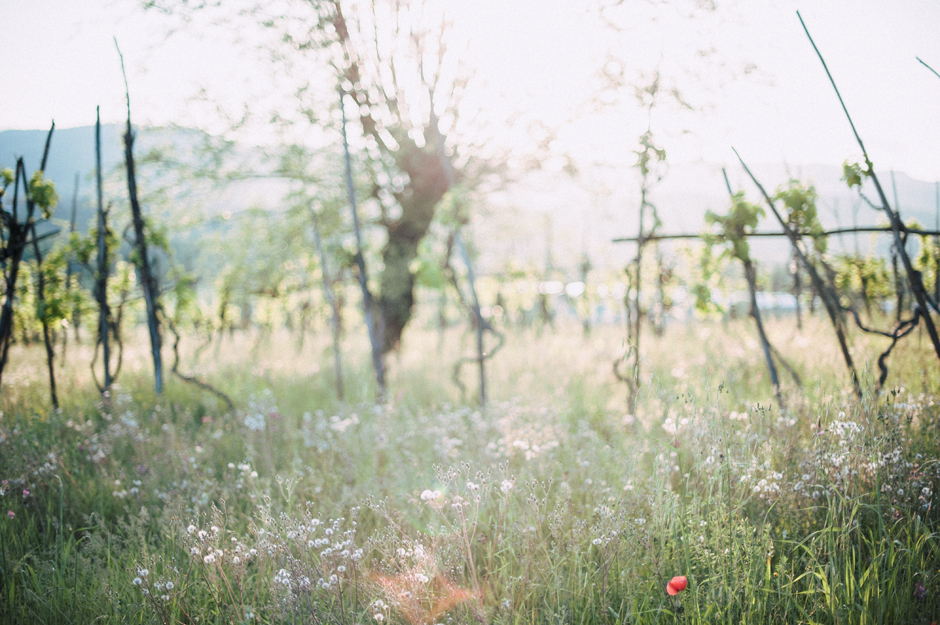 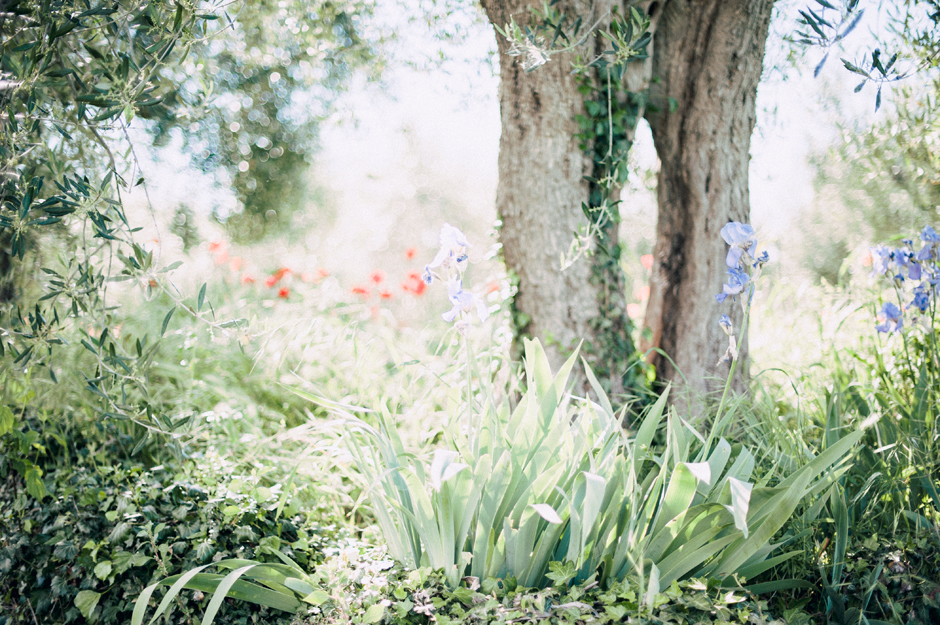 Of course this look isn’t exactly identical to José’s. But it looks a lot closer to me than what a lot of photographers get out of their Contax 645. And that is what I wanted to demonstrate here: Color work is very important in both mediums.

This technique works especially well if you are shooting a Fuji X-Pro1/X-E1 as these cameras give you a very distinct Fuji color palette already. You can also push this a little further if you are into pastel colors. In the example below, the image on the left is straight out of camera, the one in the middle would be the technically correct one and the one on the very right shows an extremely bright and poppy result:

One of the most common misconceptions about film is that it doesn’t need to be post-processed. The opposite is the case. Film very often requires extensive color work, but different to digital, that is usually done by a lab and not by the photographer. A lot of good film photographers nevertheless invest a significant amount of time in their color work after they get their film back from the lab or work with the lab to get their colors right.

This is the very reason why Richard Photo Lab offers custom made color profiles. They help professional film photographers to find and reproduce their own personal look (even though they’re very often shooting the very same film as many others). A good lab also does exposure and color correction for each single frame.

Whenever you hear that film doesn’t require as much work as digital, keep in mind that that’s only half the story. In fact, someone has to do the work – whether it’s film or digital. If you shoot film, you simply pay someone else to do your post-processing and color work for you (which adds significant costs if you’re shooting professionally).

I think a couple of things are very important to understand and acknowledge. First of all it’s not necessary to shoot the exact equipment José Villa shoots to get colors that are somewhat comparable. It’s possible to get colors like that in digital photography as well. In my opinion it is worth spending time trying to understand colors and light. Not to copy someone else’s look but to be able to visualize what you see with your own eye when you are taking a picture.

José Villa’s work looks amazing because he is an amazingly talented photographer, not because he shoots a Contax 645 and has his own color profile with Richard Photo Lab. Your work will never in the world look like any other photographer’s work – because it’s not about film, the gear they’re using or their colors, it’s about their eye – and you can’t copy that.

I think it’s good to have people that you look up to and it’s ok to get inspiration from other photographers from time to time. But it’s important to find your own unique style that is an reflection of your personality – not a copy of someone else’s.

Thank you all very much for your feedback on this post.

I received a lot of comments and emails from photographers who don’t agree that film does need to be post-processed and that it’s possible to get results like that directly from a lab, without any retouching.

To make my write-up a little more plausible I asked my wife to borrow her Contax 645 (no joke this time) and shot a roll of Fuji 400H with an exposure bracket of five stops. The results below show normal exposure (“0”) to four stops overexposure (“+4”).

These shots are uncorrected scans from a Fuji Frontier. You can see how film gets more contrasty and saturated the more you overexpose where a digital file would just get brighter and finally blow out.

The following image is a good example of what film can handle because of its superior tonal response curve and where you would need additional color work. The picture was shot with my Hasselblad on Portra 160, rated at 100 and exposed for the shadows: 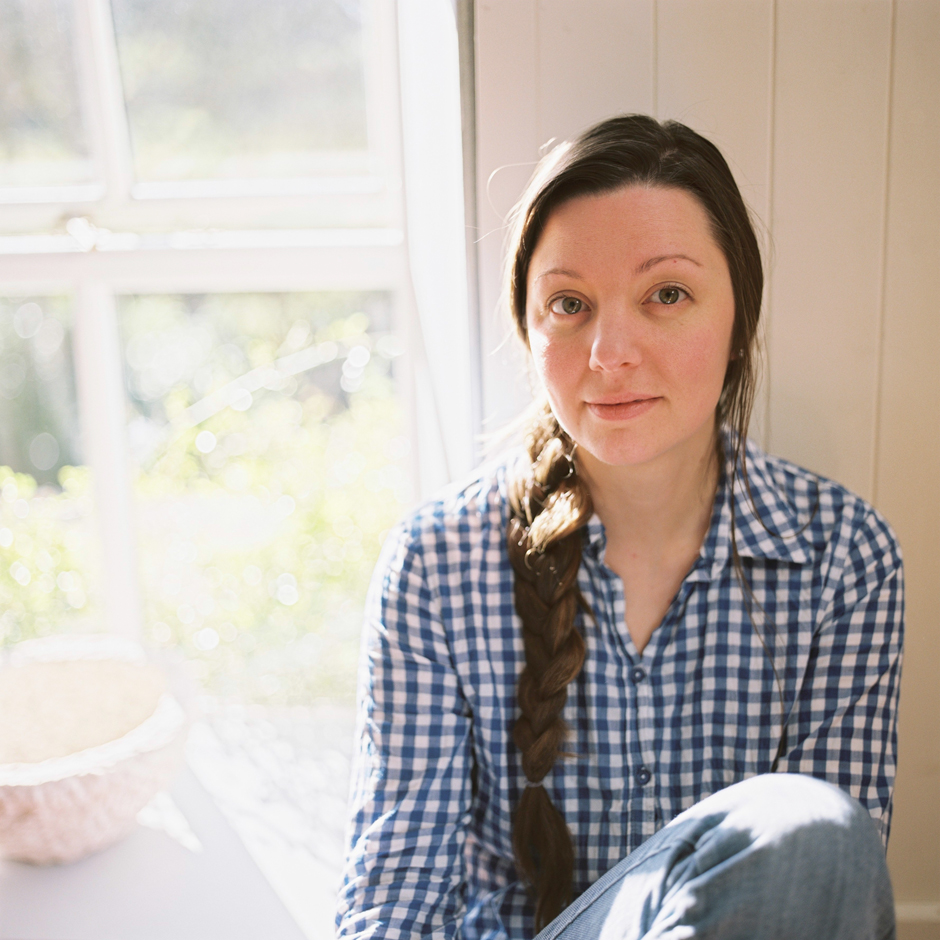 I also promised to share my workflow as a short tutorial.
Here are four simple steps that you can reproduce in any software. I personally use Lightroom 4.

1. The most important thing to get right in this workflow is the in-camera exposure. With digital it’s important to not expose too bright so that you have enough highlight-information in the picture while you brighten it up in post-processing.

3. In step three I apply a special RGB-Curve to the picture. It lifts the mid-tones, softens the blacks and gently clips the highlights.

4. The last step is color work to give the final image more accurate film-inspired colors. 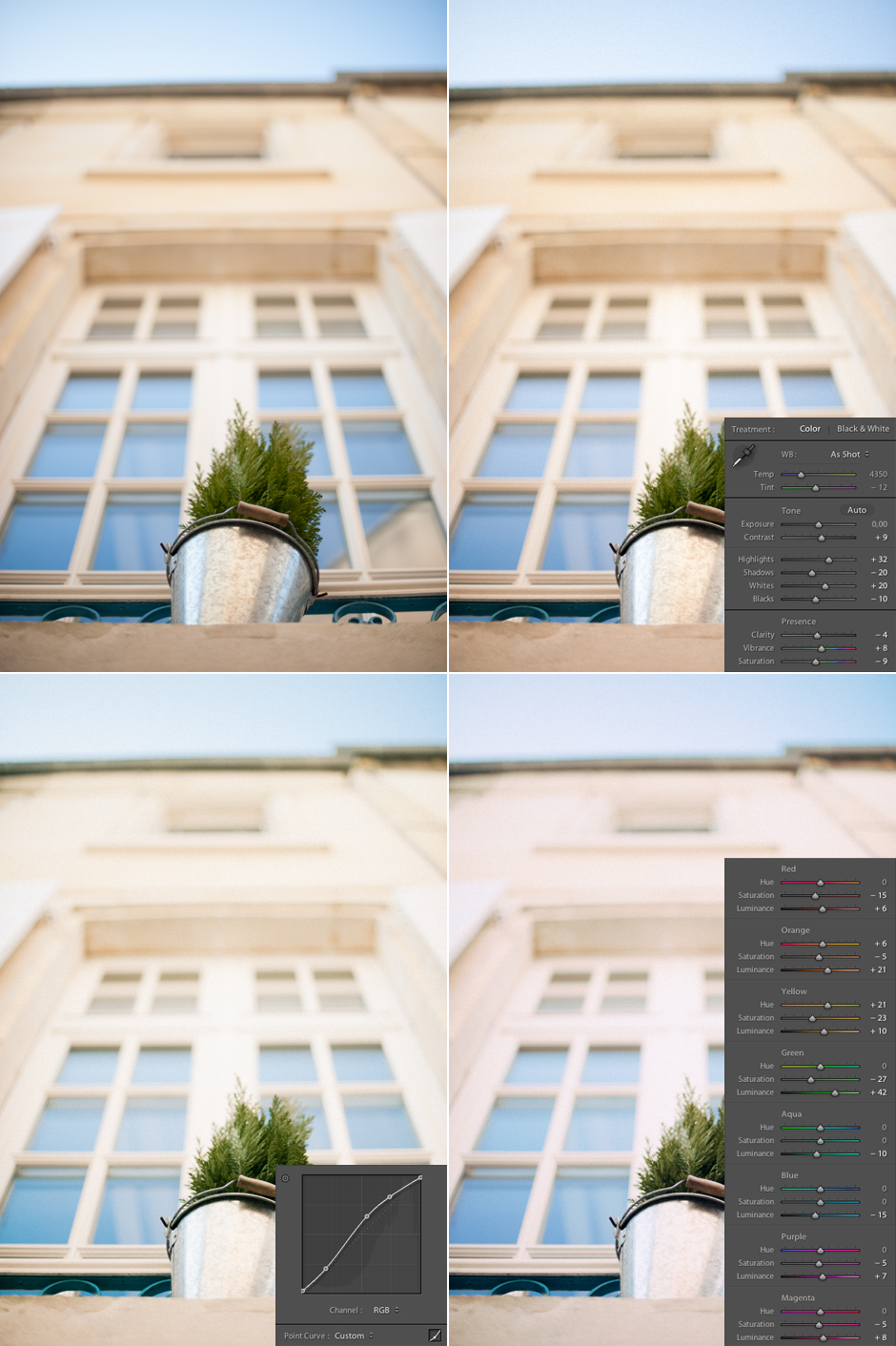 I share my exact settings for the series above and it shouldn’t be difficult for anyone to re-create the general look in Lightroom. If you shoot a Fuji X-Pro1, X-E1 or X100s, you won’t need step 4 as the Fuji color palette is great to work with.